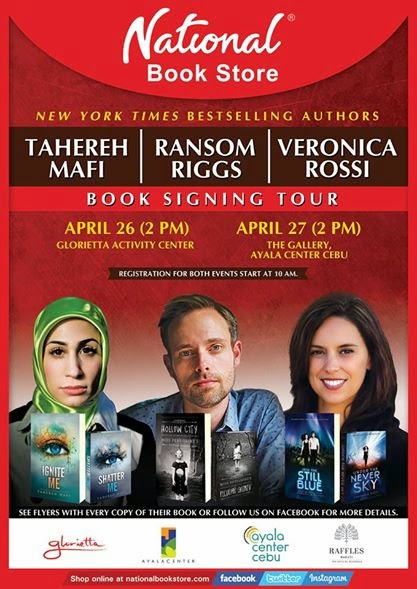 I am pretty sure that as soon as National Book Store announced that Tahereh Mafi, Ransom Riggs, and Veronica Rossi would be coming here for an event, every bibliophile in the Philippines fangirled and died. Having met Tahereh Mafi and Ransom Riggs last year, I was really excited to see them again. They were such great and genuinely nice people; and they still are! I was even more excited to meet Veronica Rossi because I absolutely love her Under the Never Sky series! I was honored to have been invited to the Blogger Forum wherein we were able to get up close and personal with the authors.

Geraldine (yes, she was there) and I actually arrived at the mall around 10 AM and found out that the place didn't open until 11 AM so we just chilled with Nicole (The Twins Read) and chatted with each other. It was crazy because National Book Store tweeted that a fan was there at 1:54 AM. That is serious dedication, and she did deserve to get the first slot for the book signing.

So once we had all registered at the forum, we reminisced and of course, selfied with our fellow bloggers. It's always great seeing each other and fangirling about authors. Haha!

And the time finally came when Tahereh, Ransom and Veronica would arrive. We were all at the edge of our seats, awaiting their arrival. And when they did, all hell broke lose (so to speak). The forum immediately commenced with Chad Dee, our always amazing host, presenting the three authors.

Here are a few things we learned during the interview portion:

Well, that's it! After the Q&A we immediately moved on to the book signing portion of the forum.

And after all that, we had to bid Tahereh, Ransom and Veronica farewell because they still had to get ready for the actual book signing which we no longer attended because we really didn't want to add more people to those attending. That's why we really admire all those who waited so patiently to meet their idols, you guys are the true heroes. All almost 2000+ of you.


And here is a very special message from the three lovely authors (sorry if the quality in general sucks, I was not born a photographer. LOL).

Here are a few thank yous to some very important and completely amazing people, a BIG thank you to the National Book Store team who listens to our suggestions regarding authors to be invited. Chad, JB, Louis and the rest of the team, you all rock! Seriously love you guys. <3 Tahereh Mafi, Ransom Riggs and Veronica Rossi, thank you, three, for agreeing to come here and get all loved up by your Filipino fans. Please come again! Haha! Kate, Jesselle, Hazel (Stay Bookish) for letting me snatch your photos. Also, Pinoy Book Tours for organizing the shirt thing, Hazel for designing them and The Dream Shirt for supplying! They turned out so great. :D I love you, my blogger friends because you never fail to make an event fun and exciting. So grateful to have you all as friends. #Kilig And last but never the least my parents for letting me go and God for obviously answering our prayers. LOL See y'all in the next event! And keep tweeting using #VTRinPH ! 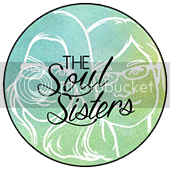 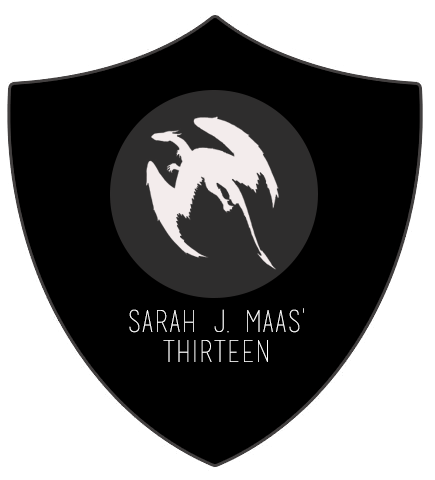